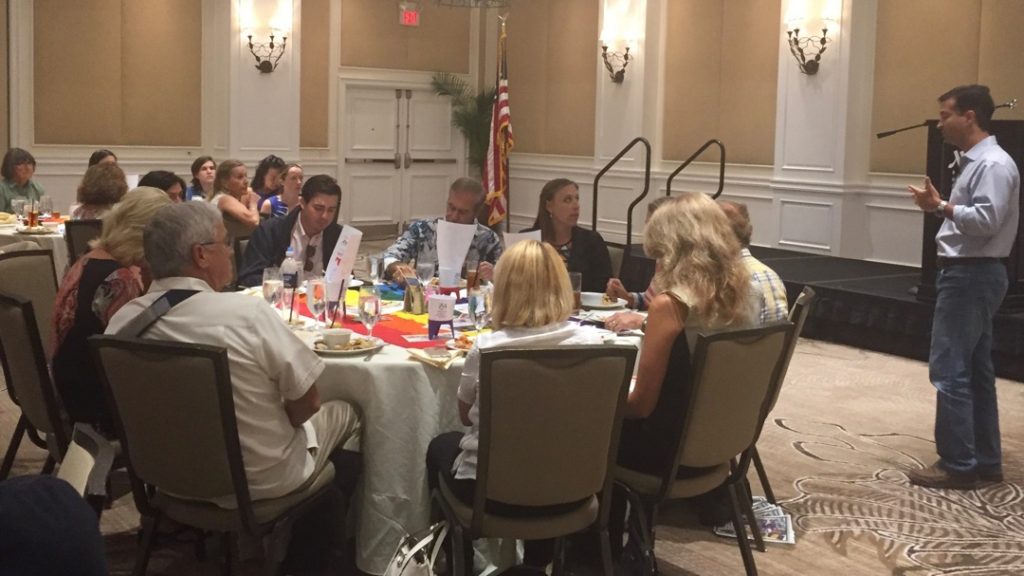 Being Carlos Curbelo cannot be easy. The Miami-Dade-based Republican congressman whose district is defined by the Florida Keys archipelago that ends in Key West, legendarily left-leaning — or at least “little L” libertarian — must have two three-ring binders in his briefing box.

One blue, which he tends to fumble on occasion. And a far more comfortable one bound in red.

He grabbed the blue book Wednesday when he did a 40-minute town hall-style Q&A with about 250 members of the Key West Business Guild and their guests. Shirtsleeves rolled to the elbows. Open collar. Groomed casually enough to avoid looking like a “suit from the mainland,” but not so casually one might confuse him with a local. Albeit superficial, he was disarming even to an audience unlikely to be predisposed to applaud his actual voting record. 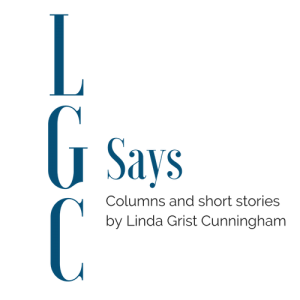 Curbelo dusted off his moderate bona fides, dodging and weaving around questions that might reflect poorly on his GOP cash flow and his own party-line politics. Lament the angry, divisive partisan rhetoric. Check. Promise to work with like-minded Republicans and Democrats to fix a “badly broken healthcare system where hospitals are flush with cash while 25 million are still uninsured.” Check. Stay focused on the economy by “fixing an incoherent tax code that encourages companies to leave this country.” Check. He hit a clearly predefined litany of soothing talking points.

“What brings us together in this room is equality and human rights,” he told the Guild, whose roots lie in the LGBTQ human rights movements. “We have a ways to go, and we are going to honor the service of transgender Americans. I will continue to make the case for the fair and equal treatment of every American.”

As frustrating as these six months have been, he continued, there’s an opportunity to make things better. He pledged to do so when Congress returns to Washington in the fall. “What’s my goal?,” he asked rhetorically. “My goal is to make this country happy again.”

It was good stump-speech stuff. Curbelo cracked a few self-deprecating jokes, did the customary “Hey, I know you and you’re great” shout-outs to a handful of the audience. He reminded us that he’s one of the Climate Change Caucus and, equally impressive, a member of the Problem Solvers Caucus, a relatively loose group of 43 Democrats and Republicans from the House of Representatives who think they ought be working together.

The Problem Solvers are off to a good start. A modest Obamacare “fix” released Monday by the caucus — and promoted by Curbelo at the Guild luncheon — drew applause from the The Washington Post’s Editorial Board. The Gray Lady in New York was a bit more subdued on Thursday, but nevertheless encouraging.

The caucus’s plan is not the only conceivable Obamacare fix, but it is a serious, generally sensible proposal. Lawmakers should quickly approve it — or a comparable plan — before insurers finalize their premiums for next year. — Washington Post Editorial Board

It is, of course, impossible to know if such efforts will succeed. Even if they result in legislation, Republican leaders could refuse to bring it to the floor for a vote. Having treated Obamacare as a political piñata for seven years, Republicans might find it hard to actually help the program. Another danger is that Mr. Trump and his health and human services secretary, Tom Price, could try to pre-emptively weaken the marketplaces through administrative measures. Still, it’s good to see politicians actually doing their jobs. The sight of members of both parties working together in the public interest is uplifting, especially after the long partisan campaign to take insurance away from so many Americans. — New York Times Editorial Board

Curbelo is a co-founder of the Congressional Climate Change Caucus, which he started in February 2016 with Rep.Ted Deutch (D-FL). Curbelo is justifiably proud of the now-50 members, evenly split between Democrats and Republicans, who are committed to educating “members on economically viable options to reduce climate risk and protect our nation’s economy, security, infrastructure, agriculture, water supply and public safety.”

Curbelo could have been vying for a spot on the Democratic ticket. And, in a fascinating turn of political theater, a powerful group of Miami Democrats, including the mayor, is indeed hosting a fundraiser for Curbelo on Aug. 23.

“While we don’t agree with him on every issue, he is a voice of reason in an increasingly unreasonably partisan world, he works hard to represent Miami-Dade County in Washington, and, in particular, he is trying to bring both parties together for the good of the country,” Roland Sanchez-Medina said in an email to the Miami Herald. “We are proud to support Carlos.”

Mary, Joseph and the Wee Donkey. What’s not to like?

Perhaps it’s this, eloquently asked by one of those attending the Guild luncheon. I paraphrase: “It’s great that you come before us with these bipartisan approaches. But when are you going to take a stand publicly? It’s not enough to tell us in essentially private groups. Why aren’t you speaking out on social media, on your Facebook page, in public forums where the news media can quote you?” 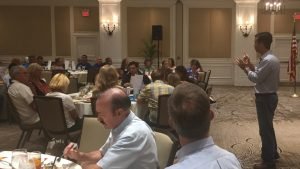 Ah, there’s the rub. For all Curbelo’s private musings, for all his commitment to bipartisan caucuses on healthcare and climate change, he remains a GOP stalwart. The League of Conservation Voters gives Curbelo a dismal lifetime score of 38 percent for his votes on environmental issues. (To be fair, he’s up to 53 percent for 2016.) But his voting record on issues from fracking and land use conservation to national ocean policy and fossil energy puts him smack in line with the GOP, not the environment.

Curbelo’s on the right side on climate change and sea-level rise — when he’s talking. It’s unclear, however, whether he’d actually buck the GOP establishment when he’s voting. He certainly did not do so last year.

And then there are those pesky ACA repeal-and-replace votes. Curbelo cast every vote down the party line and he was prepared to keep doing so. In May he voted with the House majority on the ludicrous American Health Care Act after playing a cat-and-mouse game intended to make it appear as if he might actually vote his conscience.

“I refuse to condemn my community and the country,” Curbelo said in a statement at the time, “to a healthcare system burdened by ever-increasing costs, fewer options, government threats and fines against citizens, rampant fraud, inefficiency, and mismanagement. So along with my colleagues, I’ve been working on legislation to create a truly patient-centered healthcare system where every American has access to quality care.”

And then he promptly voted for repeal and replace. When the U.S. Senate last week appeared ready to do the same — until GOP Senators Susan Collins, Lisa Murkowski and John McCain cast the deciding “no” votes — Curbelo was ready to support once again another House attempt at repeal and replace.

For a man whose stump speech to the Guild on Wednesday was stuffed with caucuses and bipartisan exhortations, Curbelo has yet to show he’s inclined to put his vote where his mouth is.

Full disclosure: I am the one who questioned Curbelo about his repeal-and-replace vote in the House and his intentions had the Senate passed repeal-and-replace and sent it back to the House for another vote. As those who attended the luncheon are aware, Congressman Curbelo did not appreciate my persistence with follow-up questions.

Linda Grist Cunningham is owner and editor of KeyWestWatch Media, which designs custom websites and manages social media and digital marketing solutions for small businesses. She was a journalist, editor, columnist and editorial writer for four decades in print and digital media.